Created in 2009 by acclaimed Colombian journalist Juanita León, news site La Silla Vacía (“The Empty Chair” in Spanish) was born with the mission of demystifying, one story at a time, the way that power works. 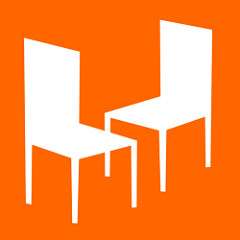 “We want to tell stories that explain and analyze the power in Colombia,” said Juan Esteban Lewin, a journalist with La Silla Vacía during an interview with the Knight Center for Journalism in the Americas at the Sixth Ibero-American Colloquium on Digital Journalism.

The scruffy website may be young but it has already gained nationwide recognition, even though it entered the competitive arena of investigative journalism in Colombia, which publications like famed news magazine Semana have dominated for years.

To carve a place for itself, La Silla Vacía has focused in using digital innovations, from infographics to data journalism, to find new narratives.

“We believe there are other tools that allow us to tell stories in a more effective, efficient and complete way,” Lewin said.

Some of the stories that have helped the site differentiate itself as a source for news range from its scoop on the Constitutional Court’s decision not to allow a referendum on whether to give then President Álvaro Uribe the option to campaign for a third term, to its database on the most powerful individuals in Colombia.

Lewin said that the site’s goal was now to expand and promote a fresh and independent brand of journalism in the regions outside the country’s capital.

“Our goal in the following months is to have two, three, four Silla Vacías in different regions,” Lewin said.