(Video of Stokols’ presentation at ISOJ2019 is below his bio, along with an article from the ISOJ team) 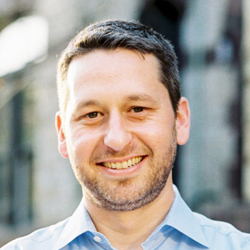 @EliStokols
Eli Stokols is a White House reporter based in the Los Angeles Times Washington, D.C., bureau. He is a veteran of Politico and the Wall Street Journal, where he covered the 2016 presidential campaign and then the Trump White House. A native of Irvine, Eli grew up in a Times household and is thrilled to report for what is still his family’s hometown paper. He is also a graduate of UC Berkeley and the Columbia University Graduate School of Journalism.

Stokols’ was part of the panel “Covering an online president: White House press corps in the age of Twitter” at ISOJ 2019.