(Video of Withrow’s presentation at ISOJ2019 is below her bio, along with an article from the ISOJ team) 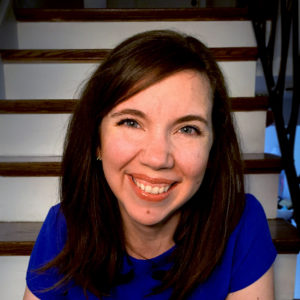 @emilywithrow
Emily Withrow is director of the Quartz Bot Studio, where she writes, designs, and builds narrative experiences for messaging and voice platforms. Her work examines how people and bots interact, and how to build meaningful relationships with audiences via these emerging platforms. She’s also faculty at Northwestern University, where she taught for six years prior to joining Quartz. Before that, she worked for The A.V. Club and McKinsey & Company. Withrow spends much of her free time talking with robots, rock climbing, and researching recipes she will eventually abandon for nachos.

Withrow was a presenter for the panel “Ok, Google, Alexa and Siri: Play the news, Can you really help journalism in the podcast boom?” at ISOJ 2019.