(Video of Rosen’s conversation at ISOJ2019 is below his bio, along with an article from the ISOJ team) 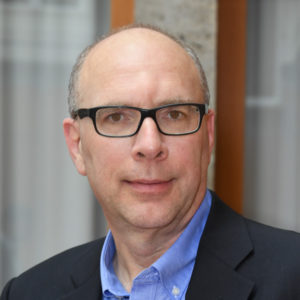 Jay Rosen has been teaching journalism at New York University since 1986. From 1999 to 2005 he served as chair of the program. Rosen is the author of PressThink, a blog about journalism and its ordeals (www.pressthink.org), which he introduced in September 2003. In 1999, Yale University Press published his book, What Are Journalists For?, which is about the rise of the civic journalism movement during the pre-internet era. In 2008 he was the co-publisher, with Arianna Huffington, of OffTheBus.net, which allowed anyone who was interested to sign up and contribute to campaign coverage for the Huffington Post. He is currently serving as “ambassador” to the American market for the Dutch site, De Correspondent as it expands to English-language publishing. In 2017 he became director of the Membership Puzzle Project, funded by the Knight Foundation, Democracy Fund and Luminate. It studies membership models for sustainability in news. Rosen is also an active press critic with a focus on problems in the coverage of politics.

Jason was the chair for a conversation with keynote speaker Matt Thompson at ISOJ 2019.