Editor-in-chief, Center for Investigative Reporting (and a contributing editor at The Atlantic)

(Video of Thompson’s presentation at ISOJ2019 is below his bio, along with an article from the ISOJ team) 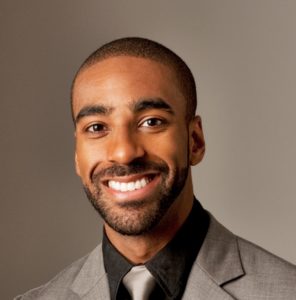 @mthomps
Matt Thompson is the editor-in-chief of the Center for Investigative Reporting and a contributing editor at The Atlantic. Previously, he was executive editor of The Atlantic, overseeing new editorial initiatives and planning, developing the magazine’s recruitment and talent development operations, and guiding strategy for podcasting and digital membership. He was one of the founding hosts of Radio Atlantic, the organization’s pioneer podcast. Previously, as the deputy editor of TheAtlantic.com, Matt oversaw digital coverage teams and developed editorial projects in conjunction with site editors.

Before going to The Atlantic in January 2015, Matt was Director of Vertical Initiatives (and Mischief) for NPR, where he led the creation of several teams of broadcast and digital journalists, including Code Switch, which covers race, ethnicity, and culture, and NPR Ed, which covers education. During his time with NPR, he worked with public radio stations across the country on editorial strategy and co-authored the organization’s ethics handbook. Prior to NPR, Matt worked as an editor and reporter for news organizations around the U.S., including the Minneapolis Star Tribune, the Fresno Bee, and the Poynter Institute. He currently serves as a member of the board of directors of the Center for Public Integrity, and is one of the co-founders of Spark Camp.