(Video of Bennett’s presentation at ISOJ2019 is below his bio, along with an article from the ISOJ team) 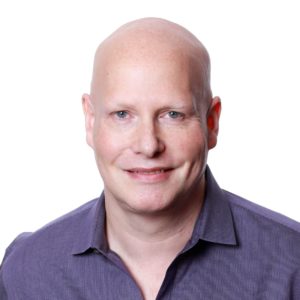 @rbennett
Rob Bennett is the editor-in-chief and general manager of global content operations for Microsoft News. He is responsible for the content and daily operation of some of the most engaging digital media properties in the world, including MSN.com, reaching nearly 500 million people every month in over 140 countries and 28 languages. Rob has spent the past 27 years working to fuse the power of technology with media to deliver compelling content and shopping services for consumers and new opportunities for marketers.

Rob has helped shape Microsoft’s online services strategy and drove key partnerships with hundreds of media companies — from large networks like NBC, CBS, FOX, and Viacom to original content producers like Reveille, Live Planet, Control Room and JibJab. Rob led MSN’s productions of some of the largest online entertainment & sports event in history, including Live Earth, the 2008 Summer Olympics in Beijing, and the 2010 Winter Olympics in Vancouver.

Before his work on MSN, Rob led marketing, technology and business strategy for several products at Microsoft, including Windows 95, Windows NT, and early versions of Internet Explorer. Rob also helped start two successful technology startups in the Seattle area and served as a strategic consultant to technology & media companies in Seattle, San Francisco and Los Angeles.

Rob holds a bachelor’s degree in electrical engineering from Worcester Polytechnic Institute. He has been featured in The Hollywood Reporter’s Digital Power list, profiled in Television Week’s Digital Dealmakers, included in the Media Week 50, a list of the most indispensable executives shaping the future of media, and served on the board of the New York Television Festival.

Bennett was part of the panel “Can media really rebuild trust with audiences” at ISOJ 2019.