(Video of Spagnuolo’s presentation at ISOJ2019 is below his bio, along with an article from the ISOJ team) 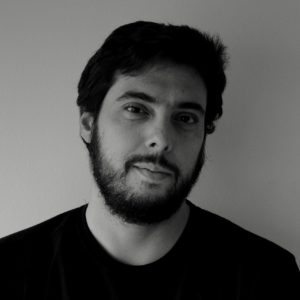 @sergiospagnuolo
Sérgio Spagnuolo is the founder, CEO and managing-editor of data-driven news agency Volt Data Lab and Truthbuzz fellow with the International Center for Journalists (ICFJ). With over 14 years of experience in newsrooms in Brazil, he has worked for several media companies, including Reuters, Yahoo News and Mergermarket (previously owned by the Pearson/Financial Times Group).

Sérgio holds a bachelor degree in Journalism from Mackenzie University and a Master’s degree in International Relations from Pontifícia Universidade Católica (PUC), both in São Paulo. He is also a former 2016 Tow-Knight fellow for Entrepreneurial Journalism, at City University of New York, and a former ICFJ fellow for the program “A Digital Path to Entrepreneurship and Innovation for Latin America”, based in San Francisco.

Beyond his experience inside newsrooms, Sérgio is a board member at the Brazilian Association of Investigative Journalism (Abraji) for the 2018-2019 period and has also worked for the United Nations Development Programme (UNDP), as communications coordinator at the World Centre for Sustainable Development, in Rio de Janeiro, before creating Volt in 2014.

Spagnuolo was part of the panel “Automation and the future of fact-checking” at ISOJ 2019.