(Video of Rosenstiel’s presentation at ISOJ2019 is below his bio, along with an article from the ISOJ team) 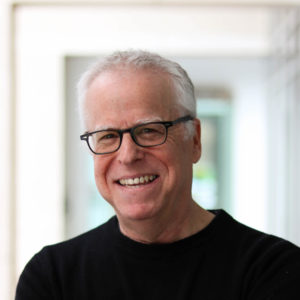 @TomRosenstiel
Author, journalist, researcher and media critic, Tom Rosenstiel is one of the nation’s most recognized thinkers on the future of media. Before joining the American Press Institute in January 2013, he was founder and for 16 years director of the Project for Excellence in Journalism, one of the five original projects of the Pew Research Center in Washington, D.C., and co-founder and vice chair of the Committee of Concerned Journalists. He is also a non-resident senior fellow at the Brookings Institution.

He is the author of seven non-fiction books, including The Elements of Journalism: What News People Should Know and the Public Should Expect, which has been translated into more than 25 languages and is taught in journalism schools worldwide and won the Goldsmith Book Award from Harvard.

He and Kovach have also written two other books together, including, Blur: How to Know What’s True in the Age of Information Overload. The New Ethics of Journalism: Principles for the 21st Century, was co-edited with Kelly McBride of the Poynter Institute in 2013. His books and research at PEJ and API have generated more than 60,000 academic citations.

He worked as media writer for the Los Angeles Times for a decade, chief congressional correspondent for Newsweek, press critic for MSNBC, business editor of the Peninsula Times Tribune, a reporter for Jack Anderson’s Washington Merry Go ‘Round column.

Rosenstiel chaired the panel “Can media really rebuild trust with audiences” at ISOJ 2019.