In the “post-advertising era”, subscriptions, memberships and donations are some of the main strategies to make online journalism a reality. Getting audiences to pay for content and support their favorite news organizations has become the number one goal for many publishers – after a sort  of general failure to generate enough revenue through digital advertising. This was one of the insights of the 19th International Symposium on Online Journalism (ISOJ) (April 13-14, 2018)organized by the Knight Center for Journalism in The Americas at The University of Texas at Austin. The subject was addressed by various speakers from different perspectives, from measuring quality to developing loyalty. Here are some of the trends and challenges concerning journalism values, practices and business models that arose from these presentations.

Since news came to the online environment in the 1990s, consumers  have become accustomed to not paying for it. Free access and online content were almost synonyms. But, advertising no longer keeps the businesses going, it is time to diversify revenue, and users are increasingly being asked to pay for what they want to read-view-listen. It represents a significant turn in consumers’ relationship with digital news content. What is expected from consumers is that they see enough value in what news organizations are offering online to actually start paying for it – after years of not having to. It goes further: news organizations not only need consumers to understand that it is worth spending money on certain products from time to time, but that they so admire and respect their work that they are willing to offer long-term support for it (through subscriptions, donations, memberships), and even advocate for it.  Sara Glines, publisher of The News&Observer (US) and one of the speakers on the panel Newspapers in a post-advertising era, summed it up: to get readers to pay, publishers need to get them from “awareness” (random or occasional use of their news) to “experience” (increasing habitual use) and then to “preference” (use it all time, their “go to” source), “loyalty” (paying for usage) and finally “advocacy” (recommending to others). How you get there – and keep journalism’s core values in sight – is the million dollar question.

Very welcome presentations and debates at the 19th ISOJ related this challenge (getting consumers to pay for news content) directly to quality journalism. As far as reader support goes, data analysis from crowdfunding platform Press Patron (New Zealand) revealed a link between investigative reporting and large boosts in donations. Looking at the stories that were most successful in getting support through the platform, CEO Alex Clark and his team arrived at the conclusion that quality journalism receives the highest levels of support. Clark also presented insights from his Masters thesis, about consumers’ willingness to pay for journalism, which revealed that, yes, people are inclined to spend on – good – journalism, and it is time to rebuild the relationship that used to exist between quality and revenue. On a similar note, Frédéric Filloux, creator of Deepnews.ai (US), presented the work the organization has been doing to effectively score what can be considered good journalism and its worth. The main goal, he said, is to “restore the economic value of quality journalism.” We still have to see where this goes, but it seems a refreshing turn from the click-bait culture that came with the attempts of news organizations to profit on digital advertising with popular stories that would attract large audiences – which had a terrible impact on the quality of content presented as journalism.

The importance of a marketing approach to digital news content, with journalists on board, seems to be another trend related to the challenge of getting enough subscriptions, memberships and donations – and ultimately keeping the business alive. For Sara Glines, from The News&Observer, this is THE answer to getting consumers to go from awareness to advocacy (as mentioned on the first topic). To fund journalism just through digital subscriptions, she defends a truly audience-focused culture in newsrooms, associated not to page views, but to engagement. In this scenario, the journalists should be totally involved in the mission of driving audience to pay for content. At The News&Observer, it implies a checklist related to the impact of every story to be produced, concerning not only its journalistic purposes, but its resonance with audiences and its potential to gain their loyalty. Journalists are expected to enter and master yet another field (besides content and data analytics): marketing. It is a strategy that may raise questions about journalistic mission, values and ethics – but one that this particular newsroom is determined to face. “It has journalists thinking about what their jobs really are and about how they will be valued and what this means to journalistic values. […] Integrity is a big issue. But it can be done in a way that respects this integrity,” Glines said.

Presenting successful cases in generating reader revenue among Scandinavian papers, Earl J. Wilkinson, CEO of International News Media Association (INMA), also endorsed this “refocus of newsrooms on economics of content.” Wilkinson stated that newsrooms have to be smarter about what triggers subscriptions and that there should be editors in charge of this mission, to get the rest of the team of journalists aligned with it. This is, he said, what news organizations from Norway and Sweden are doing so well: shifting the culture of newsrooms and rallying them around digital subscriptions. The remaining debate is: how far is too far for getting journalism production so mixed with data analysis, audience engagement goals and marketing strategies?

Research conducted by Kelsey N. Whipple and Jeremy L. Shermak, from The University of Texas at Austin, revealed that the influence of metrics on their work is still a polemic question for many journalists, who need to feel that editorial decisions are not too much influenced by it. The survey was answered by 521 journalists from 49 US top newspapers (based on circulation), and explored the way journalists use audience analytics data, social media responses, newsroom strategies, performance evaluations, personal and professional feedback and other newsroom and content factors to make decisions about their readers, content and professional performances. Most of the journalists interviewed believe that the organizations they work for value content quality the most, but some feel that “newsroom focus on audience analytics data might distract the editorial staff from creating quality journalism or spread their time and priorities too thin to leave room to create it.”  The investigation also revealed that too much change, as media companies have been experiencing, is resulting in feelings of instability and uncertainty that affect journalists’ production and confidence in their supervisors’ decisions concerning new models of journalism.

For some organizations, it is not about just figuring out the kind of story that engages audiences the most, but really making consumers part of the job. The key to success is to develop such a direct relationship with readers that it becomes part of journalists’ routine to interact with them. That is what De Correspondent is betting on – with good numbers to show for it. The Dutch journalism platform has 60,000 paying members and credits it, in large part, to involving readers in their journalism. Around 50 percent of journalists’ time is dedicated to talking to subscribers on a daily basis. “It is not a side job, it is your job”, said editor-in-chief and founder, Rob Wijnberg. These readers contribute with their knowledge to the journalistic pieces produced by De Correspondent, and become not only supporters, but ambassadors of the organization. Practically speaking, how do you manage this audience involvement in a productive way? The more specific you are when asking for contributions, the more objective the feedback, Wijnberg said. Would it work in other countries and cultures? Soon to be seen. The organization is launching its U.S. version, The Correspondent.

Another way to develop a closer relationship with audiences has been to create  more and more customized newsletters. E-mail has never looked so modern and it is being used by journalism organizations to become part of readers’ routines and gain their loyalty. For some, it means treating them as friends. That is the formula of The Skimm, which revolves around being in the “friend inbox” of the reader, not on the “brand inbox.” Its mantra is to build intimacy, delivering news in a personal, relatable tone, that leads readers to think of their emails as sort of a conversation between friends. The company, focused on female millenials, has more than 6 million readers.

Another trend presented at ISOJ was the proliferation of software enabled payment models that help engage readers to pay for the content they love and wish to support – a subject approached by Jim Friedlich, CEO and executive director of Lenfest Institute for Journalism. Among these projects are Press Patron (mentioned on the second topic), News Revenues Hub, Scroll and Pactio. News Revenues Hub helps news organizations to set up membership and crowdfunding programs. Scroll offers unlimited content (produced by media companies such as The Atlantic, Business Insider and MSNBC) for a fixed monthly payment. Pactio proposes to connect journalists and consumers directly to each other, so the first group can present the work they are doing (or planning on doing) and the second may support it. “Thankfully, people are still willing to pay for high quality reporting about topics that matter. What we need to do is make it as easy as possible, said Alex Clark, from Press Patron. 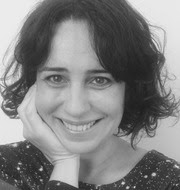 *Daniela de Lacerda, PhD  student (first year), UNL Lisbon Her Research focuses on innovation at independent digital news organizations. Previously she was a journalist in Brazil and worked for 20 years at newspapers and magazines, as both a reporter and editor.