When a sniper opened fire during a protest in Dallas on July 7, The Dallas Morning News faced its first test as a digital-first newsroom. 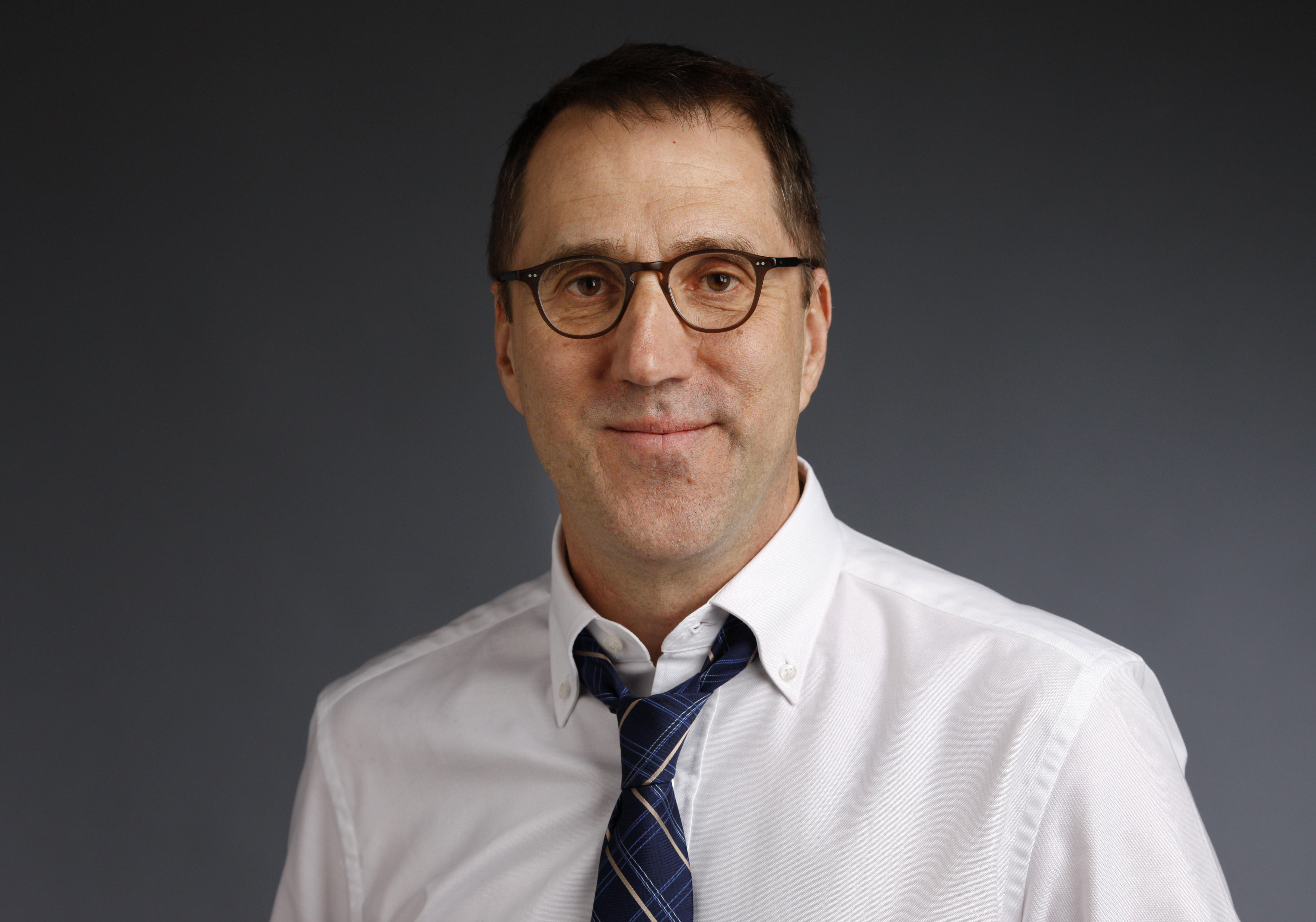 With the recent creation of a digital breaking news team, an audience team ready to use Facebook live at the scene, and photojournalists trained to produce video, editor Mike Wilson said the paper’s recent changes prepared them to cover the tragedy.

“We needed to be in a position to be the best source of information in the world,” Wilson said to the Knight Center. “It turns out we were all set up to do that, so our planning really paid off when we needed it most.”

Wilson will discuss the changes implemented by The Dallas Morning News, and the larger trend of digital-first newsrooms at metro papers across the country on April 22, as the chair and a presenter of the keynote panel at the 2017 International Symposium on Online Journalism (ISOJ). 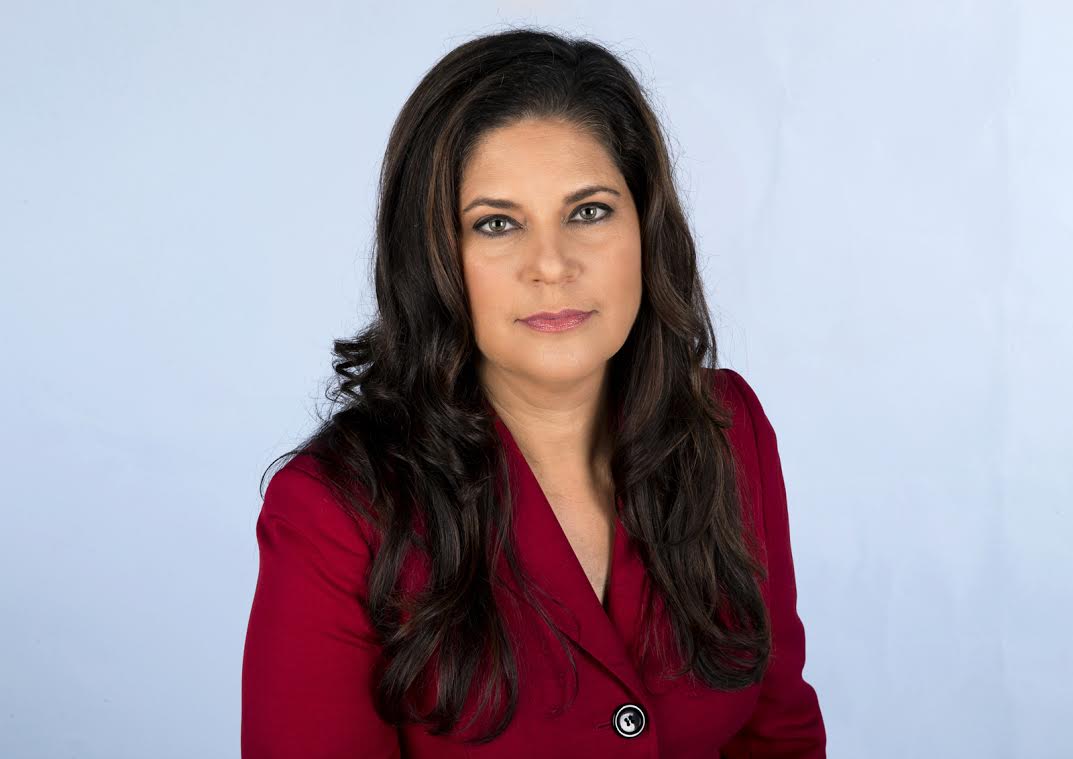 The panel will look at how large dailies in cities across the country are adapting their newsrooms to focus on digital over print as a way to adapt to changing habits in news consumption.

After arriving at The Dallas Morning News in 2015 from digital publication FiveThirtyEight, Wilson began plans to transform the paper by assessing its capabilities as a digital newsroom. The project took up an entire summer and resulted in a 150-page report of suggested changes.

“We embarked on a project to assess the way we did our reporting and to see what our capabilities were as journalists. We needed to be a digital newsroom that also made a paper, not just a paper that incidentally had a website,” Wilson explained.

By the time of the shooting against police, the adjustments were in place, and Wilson said the community response proved the changes had been a success.

“The community really rallied to The Dallas Morning News during the police shootings because it was clear that we were the most comprehensive source of information,” Wilson said. “We did what you would want any metropolitan newspaper to do in the middle of a big crisis.”

The transition came with its challenges as Wilson said it was necessary to account for gaps in coverage that accompanied the prioritization of print. 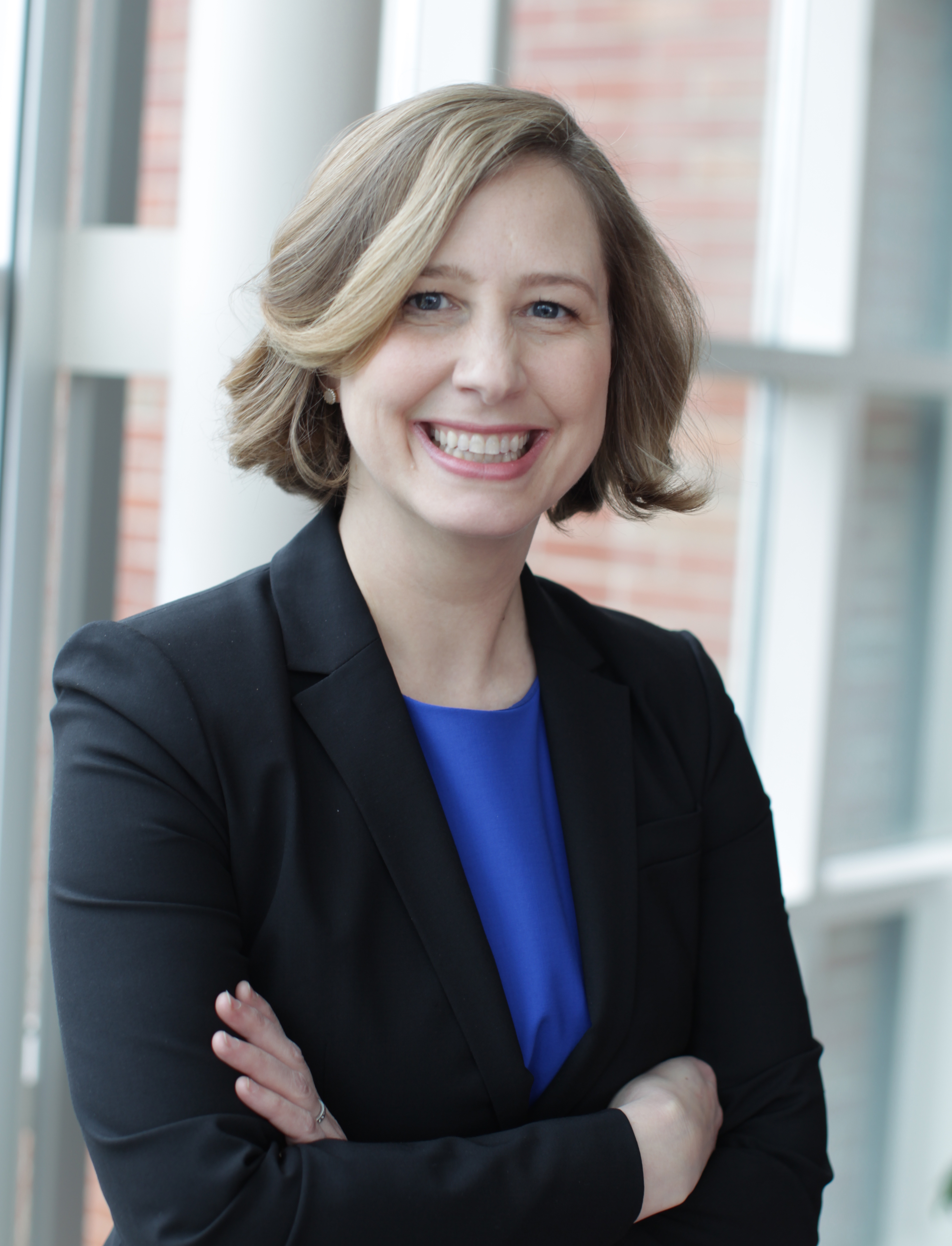 “If the news consumer wants to know what’s happening right now, and you’re thinking about what’s going to be on the front page in the morning, then you’re not meeting the reader where he or she is,” Wilson said. “That’s been our motto. Meet the readers where they are.”

Like The Dallas Morning News, the Miami Herald’s online capabilities were also tested last year when one of the biggest news stories of the century hit: the death of Fidel Castro.

Mindy Marques, executive editor, told Poynter that the paper’s “Cuba Plan” had been “super print-focused” at a certain point in all the paper’s years of planning for the leader’s death. Yet, Poynter notes that as soon as the story broke in November, the paper’s site “was flush with stories about the Cuban dictator.”

“We actually haven’t prioritized online content,” Kingsbury told the Knight Center. “What we’ve done is prioritize content, period. Being a digital newsroom means not treating any one platform as more or less important than any other.”

Kingsbury, who unlike the other panel members is directly over the digital team as managing editor, will be able to provide a unique perspective in this digital transition. 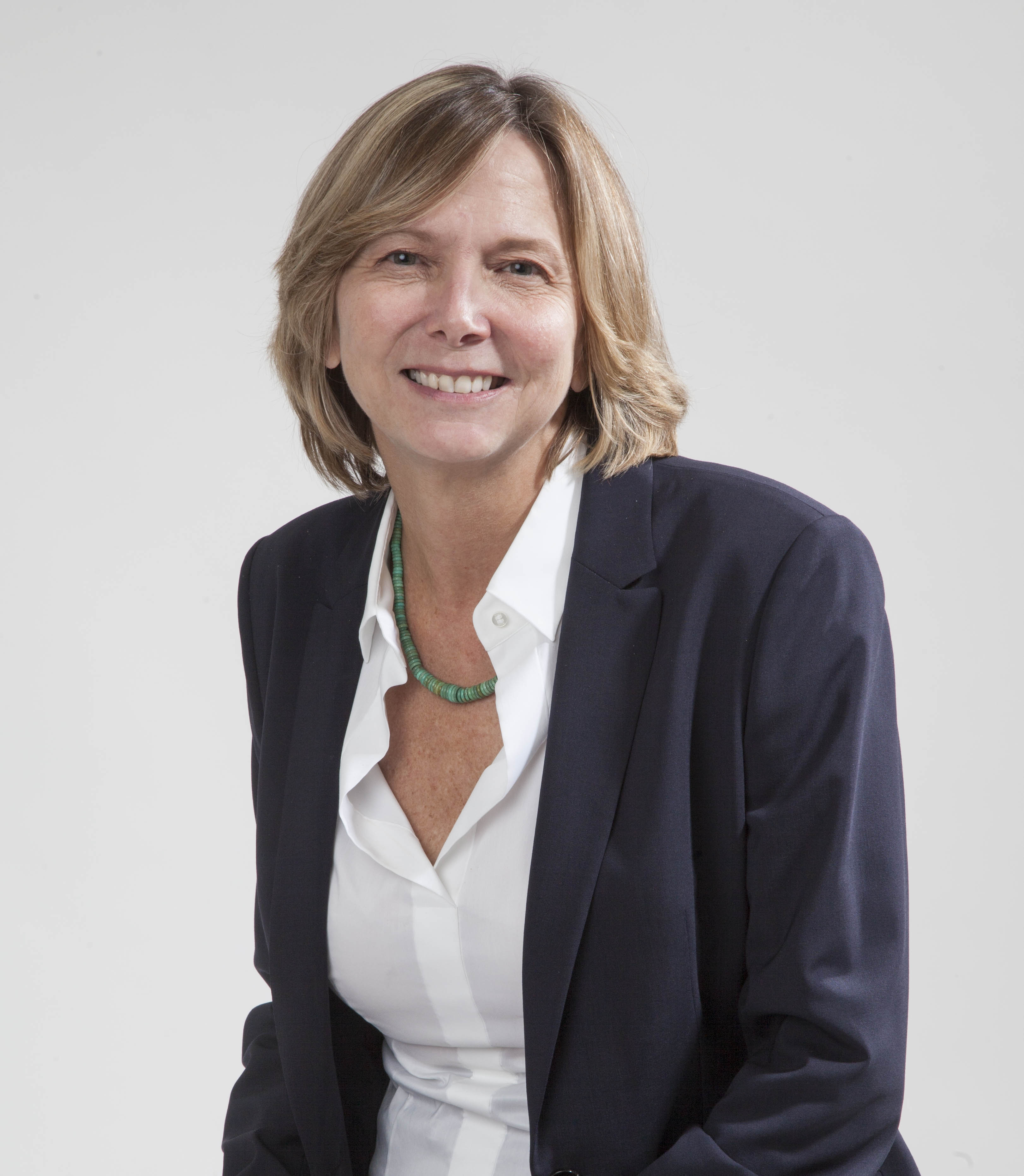 “What we’ve done is make a more story-centric, audience-centric newsroom,” said Kingsbury. “The benefits are that we’re returning to our roots and refocusing our energies on the stories themselves. Then, because we’re listening to our audience, we’re able to get an immediate feedback loop that allows us to focus our journalism where we know it’ll have the greatest impact.”

For newsrooms that haven’t yet made the transition, Wilson said the main challenge lies in “overcoming the way things have always been.”

“The idea was embraced because people understood that print isn’t the future of The Dallas Morning News 20 years from now, maybe even 10 years from now,” Wilson said. ‘So, if we all want to have careers serving the public with information, then we better get it to them on their smartphones.”

In addition to Wilson, Marqués and Kingsbury, ISOJ attendees will also hear from Nancy Barnes at the Houston Chronicle and Stan Wischnowski at the Philadelphia Media Network.

In 2013, Barnes joined the Chronicle, which has a digital reach of 134 million page views, as reported by Texas Monthly in August 2016. The Chronicle is undergoing a transformation that she said has included becoming more digitally agile.

As executive editor of the Philadelphia Media Network (PMN), Wischnowski led a re-organization of the news organization that included digital transition efforts. In 2015, the PMN and three other metropolitan news organizations, including the Dallas Morning News and the Miami Herald, participated in the Knight-Temple Table Stakes project to focus on the digital transformation of news. It was recently announced that the program will be expanding with a combined $4.8 million from the Knight Foundation and the Lenfest Institute for Journalism to improve these online transformations. The PMN will continue participating, but will be joined by Houston Chronicle and other news organizations.

”Our digital pivot has been more complicated than most because we combined three newsrooms into one after a significant downsizing about 15 months ago. We made a decision that our best path forward was to combine the strengths of the Inquirer, Daily News and Philly.com.  Our close collaboration with Dallas, Minneapolis and Miami has significantly helped us identify and fill existing gaps by adapting best practices,” Wischnowski told the Knight Center. “We’ve started to raise the level of digital skills, made necessary workflow changes, instilled more analytics into our decision-making, and changed to a degree the overall culture of the newsroom so we’re more audience-driven and digitally focused. While we’ve made great progress, much work remains. We’re still not as dynamic and digitally minded as we need to be, but we feel we’re on the right path.” 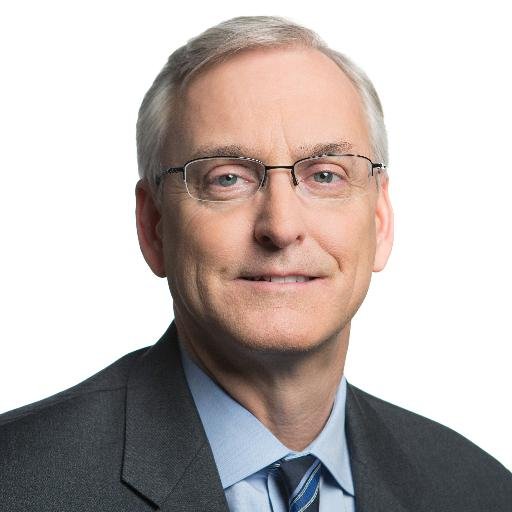 The 18th International Symposium on Online Journalism will take place in Austin from April 21 to 22. Registration is now open and seats fill quickly, so sign up today.

The conference attracts journalists, media executives and scholars from around the world. The full program is also now available so take a look and plan your schedule.

On our new site, isoj.org, you can find more information about registration and accommodations while attending ISOJ. Also, explore our site to find video, transcripts, slides, research and news articles for each year of ISOJ going back to 1999.