(Video of Preston’s discussion at ISOJ2018 is below bio, along with article from ISOJ team) 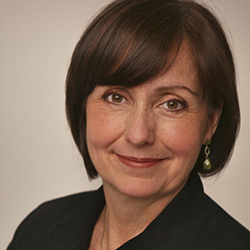 Twitter: @JenniferPreston
Jennifer Preston joined Knight Foundation in October 2014. Previously, Jennifer was an award-winning journalist for The New York Times for almost 19 years, with broad experience as a digital journalist, reporter and senior editor. In 2009 she became the company’s first social media editor. In 2011 she returned to a reporting role where she focused on the impact of social media in politics, government, business and real life. Her most recent work as an editor focused on extending digital media and social media storytelling and curation across the newsroom.

Preston was chair of the panel TRUST: Tools to Improve the Flow of Accurate Information at ISOJ 2018 on Friday, April 13 @ 1:45 p.m.