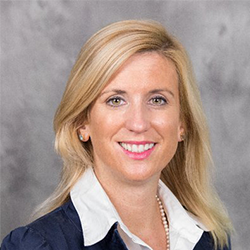 Twitter: @leahellmueller
Lea Hellmueller is an assistant professor in Journalism at the Valenti School of Communication at the University of Houston and also worked as a visiting professor at the University of Zurich (Switzerland) in 2017. Her research in journalism studies encompasses several research projects on digital news innovations from a global perspective; political polarization on digital news platforms; right-wing populist journalism as transnational phenomena; cross-cultural and multilingual research into the intersection of politics, religion, culture and its impact on the sourcing, verification and framing strategies of journalists when reporting on terrorist organizations; as well as computational grounded theory.

Hellmueller was a presenter at the Research breakfast: Trends in online journalism research at ISOJ 2018 on Saturday, April 14 @ 8:00 a.m.