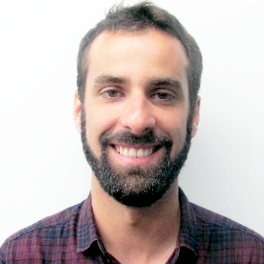 Twitter: @mtrpires
Marco Túlio Pires is the News Lab Lead for Brazil & Latin America at the Google News Lab. Before joining Google in 2017, Marco was School of Data’s program manager, a global network of organizations and trainers that help journalists and NGOs how to use data with maximum impact. Marco cofounded in 2015 the first data journalism agency in Brazil, journalismo++, part of the international j++ network of data-driven agencies. He also worked as a production coordinator at TV Globo, as a science news reporter at VEJA, and as an innovation, transparency and technology officer at the Social Development Office in the government of São Paulo. Marco holds a Bachelor’s Dregree in Journalism from Universidade Federal de Minas Gerais, and he also studied Electrical Engineering at the Universidade Católica de Minas Gerais; Computer Science, Management for Social Impact and Information Visualization at the University of Michigan and Georgetown University. Today he supports publishers, journalists and media entrepreneurs in Brazil and Latin America with the best Google can offer so that they can build the future of media and tell the best stories of our time.