(Video of Wijnbergs presentation at ISOJ2018 is below bio, along with article from ISOJ team) 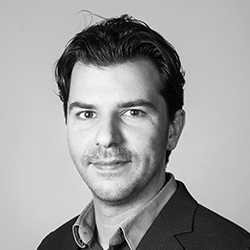 Twitter: @robwijnberg
Rob Wijnberg is the founder and editor-in-chief of De Correspondent. At the age of 27, he became the youngest editor in chief of a national daily newspaper in Europe at nrc.next, the morning edition of leading Dutch daily NRC Handelsblad. Under Rob’s leadership, nrc.next reached a paid circulation record of 82,000 and a daily reach of 350,000, making it the most successful new newspaper in Europe. With his outspoken views on the role of news in modern society, Rob has attracted a large following. This support helped him to put his ideas into practice in founding De Correspondent.

Wijnberg was a presenter of the panel REVENUE: E-commerce, events, membership and the search for new revenue streams at ISOJ 2018 on Friday, April 13 @10:30 a.m.