Shirley Papé Chair in Emerging Media, School of Journalism and Communication, U. of Oregon 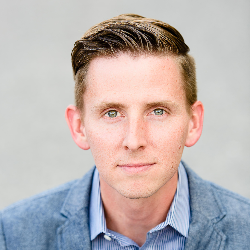 Twitter: @SethCLewis
Seth Lewis Ph.D., is the founding holder of the Shirley Papé Chair in Emerging Media in the School of Journalism and Communication at the University of Oregon, and is an affiliated fellow of the Information Society Project at Yale Law School.

His research in journalism studies has examined the social implications of emerging media and technology, from audience metrics and big data to open-source software and pro-social hacking. He has co-developed conceptual models for interpreting the boundary work of journalism as well as the interplay of social actors and technological actants in media organizations and media innovation.

His present research focuses on three areas: (1) the interplay of humans and machines in media work, as in the rise of algorithms, automation, and artificial intelligence; (2) the interplay of journalists and audiences, particularly on dimensions of engagement, reciprocity, and harassment; and (3) the role of news as knowledge in an era of disinformation (through 2020, he co-directs a project on the epistemologies of digital news production that is funded by the Swedish Foundation for Humanities and Social Sciences).

Seth has published some 50 journal articles and book chapters, and is a two-time winner of the International Communication Association’s award for Outstanding Article of the Year in Journalism Studies—in 2016 for the article “Actors, Actants, Audiences, and Activities in Cross-Media News Work,” and in 2013 for “The Tension Between Professional Control and Open Participation: Journalism and its Boundaries,” as well as an honorable mention distinction in 2014 for “Open Source and Journalism: Toward New Frameworks for Imagining News Innovation.” His 2012 article on journalists’ use of Twitter is the most-cited piece in the 18-year history of Journalism Studies.

He has a Ph.D. from the School of Journalism at the University of Texas at Austin, an M.B.A. from Barry University, and a B.A. in Communications from Brigham Young University.

Lewis was chair at the Research breakfast: Trends in online journalism research at ISOJ 2018 on Saturday, April 14 @ 8:00 a.m.