(Video of Comrie’s presentation at ISOJ2019 is below her bio, along with an article from the ISOJ team) 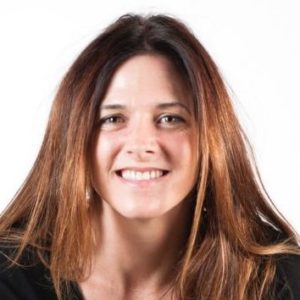 @sajournalist
Susan Comrie took an unconventional career path into investigative journalism. After studying graphic design and art direction, she joined the Daily Voice as a freelance entertainment writer before she eventually managed to persuade her various editors to let her write more in-depth, investigative features.

In 2015 she joined City Press where she did her first investigations into the Gupta empire. In August 2016 Susan jumped at the chance to join amaBhungane.

In 2017 she was named Sanlam Financial Journalist of the Year for her investigations at amaBhungane and City Press into the Guptas’ Optimum Coal Mine, and in 2018 was part of the team that won the Taco Kuiper Investigative Journalism Award for their work on the #GuptaLeaks.

Studying part-time, Susan recently completed a BA through Unisa, majoring in African Politics and World Languages and Literature. She is currently studying towards an Honours in International Politics.

Comrie was part of the panel “Global roundup: Journalism in the age of authoritarians, populists and polarization” at ISOJ 2019.