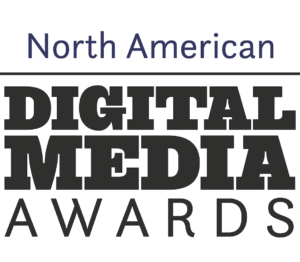 The World Association of News Publishers (WAN-IFRA) has announced the winners of the 2020 North American Digital Media Awards.

“We’re delighted to have received such top-level projects from so many different types of media organizations. It’s one of the strengths of this competition,” said Rodrigo Bonilla, regional director for the Americas at WAN-IFRA. “From small local newsrooms to some of the most prestigious media organizations worldwide, the participating projects and in particular the winners are proof that some of the best digital journalism world-wide is produced in the US and Canada. We wish them the best of luck at our World Digital Media Awards!”

The Washington Post received two awards. The flagship newspaper won for Best News Website or Mobile Service, for its “world-class news website” that gives readers “top quality journalistic content, innovative digital storytelling, a smooth and friendly user experience,” according to the jury. It also took the award for Best Digital Project to Engage and/or Millennial Audiences for its TikTok account, which launched in 2019.

The Atlanta Journal-Constitution was also recognized in two categories for its investigation “Unprotected: An AJC Investigation”. It won for Best Digital Marketing Campaign for News Brands and Best Use of Online Video (including VR). The project looked at the senior care industry in Georgia, exposing systemic issues of abuse and neglect and lack of government oversight, according to WAN-IFRA.

Sophi, the artificial intelligence engine from Canada’s The Globe and Mail, won for Best Digital News Start-up. Sophi curates the publication’s content to determine what to promote in digital, print and social media, according to WAN-IFRA.

The event “Evolving consumer revenue: From subscriptions to summits” from STAT received the award for Best Paid Content Strategy. The in-person events for subscribers led to up to $100,000 in ticket sales and nearly three-quarters of a million dollars in sponsorship, according to WAN-IFRA.

Bloomberg Media won for Best Native Advertising / Branded Content Campaign for its collaboration with asset manager BlackRock for the Defining Factors project. With the help of an AI research tool, Bloomberg found easier ways to explain factor investing with the manager, WAN-IFRA reported.

Website Vox won for Best Data Visualization for the report “These 3 supertrees can protect us from climate collapse but can we protect them?” For the three-part report, journalists from Vox were paired “with local photographers in Brazil, Indonesia and the Democratic Republic of the Congo to meet the scientists studying the forest ecosystems of three special supertrees that are able to contribute to climate thanks to their scientific composition,” WAN-IFRA said.

Finally, “Como se hace” (How it’s done) from El Vocero de Puerto Rico received the award for Best Social Media Engagement for its Facebook video series highlighting the creation process and cultural background of products made on the island.

“A unique approach to covering local business. Combination of video, images and in-depth business stories. Evidence of audience interaction on Facebook and news site. Impressive views and engagement figures across the platform,” the jury said.

All winners of the North American awards edition qualify for the WAN-IFRA’s 2020 World Digital Media Awards where they will face off against other regional winners.

The awards ceremony for the 2020 North American Digital Media Awards was planned to take place prior to the start of the 21st International Symposium on Online Journalism (ISOJ). However, the global coronavirus pandemic led to the cancellation of the in-person conference and the awards ceremony.