The Knight Center announced the publication of the book “Global Journalism Education in the 21st Century: Challenges and Innovations,” edited by professors Robyn S. Goodman and Elanie Steyn, at the 18th International Symposium on Online Journalism (ISOJ). The editors describe the book as a “one-stop scholarly yet practical/approachable reference book for educators, trainers, journalists, media activists, policymakers, foundations, nongovernment organizations, students and others with a vested interest in quality journalism.”

The book is the Knight Center’s first project in its new initiative to publish international academic research on journalism.

“The Knight Center could not have dreamt of a better and more important publication to open our new research initiative,” said Rosental Alves, director of the Knight Center and professor in the School of Journalism at the University of Texas at Austin. “‘Global Journalism Education in the 21st Century: Challenges & Innovations’ is a strong and unique contribution to the scholarship on an important topic that deserves more attention, especially in these times of globalization and digital revolution.”

Goodman, professor and director of Communication Studies at Alfred University in New York, said the book is for educators, professionals, nonprofits and students.

To author the book’s chapters, the editors pulled together academics and scholars who are experts on journalism education around the world, people Goodman called the “best and brightest in the field.”

The book is divided into three sections. Part one is composed of ten country case studies from scholars in Australia, Chile, China, Egypt, India, Israel, Russia, South Africa, the UK and U.S. Part two, “Contextualizing Global Journalism Education,” looks at the current, past and predicted future of global journalism education and the impacts it’s had on professional practice. And part three looks at innovations around the world in journalism education. This section includes chapters on education innovation including topics like media entrepreneurship, mobile journalism and coding.

A concluding chapter posits 10 predictions for journalism education in the future. And an epilogue from Goodman looks at how global journalism education has been shaped by Western bias, efforts to de-Westernize this education and the current efforts of educators around the world to prepare future generations of global citizens and journalists.

“Journalism education worldwide is influenced in part by shared occupational needs and Western bias,” Goodman writes. “It tends to be growing increasingly professionalized, formalized, standardized, university-connected, and homogeneous.” However, she adds that education systems around the globe are still differentiated by cultural differences.

The idea for this book and the work to create it date back to 2001, during meetings of the Association for Education in Journalism and Mass Communication’s (AEJMC) International Task Force (ITF) and from discussions at the World Journalism Education Congress (WJEC). There was a need to share best practices in journalism education with colleagues around the world, an area that lacked significant academic literature, explained Goodman, who was initially joined in editing the project by Suellen Tapsall, director of Custom Education at the University of Melbourne Commercial in Australia. This need was strengthened by the huge disruptions taking place in journalism practice globally.

From the start, the book was shaped with international perspectives and input from scholars around the world. A steering committee for the work consisted of members from five continents.

Steyn, professor and journalism area head at the University of Oklahoma’s Gaylord College of Journalism and Mass Communication, said the original intent was to look at similarities among countries and to see how they can learn from one another in terms of journalism education. As they worked more, the editors realized they wanted to include a section on innovation, she added.

“We could see that there are so many innovative ways that journalism educators are now using different platforms and different techniques so that they can teach journalism to students in a different way,” Steyn said. “And we wanted to also show that, despite what’s happening in the industry across different countries, and how the industry’s changing, how people are capitalizing on these challenges and capitalizing on the changes so that they can better reach their students, and in the process, also better prepare them for what they need to be doing as media professionals.”

Steyn said the book shows something she is seeing at her own institution and through colleagues: how education is changing so that students are exposed to experiential learning and the realities of the profession earlier on. 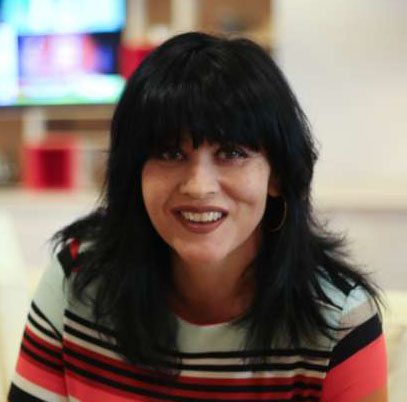 “If you have someone with good real-world experience and somewhat of an innovative approach to learning and teaching, it really is becoming increasingly interesting to teach students about the different skills they need and how that folds over then into their experience of how do we learn about things, I think that is an interesting connection,” Steyn said.

In the chapter Going Global: Journalism Education Gets Its Act Together, co-author Ian Richards, professor of Journalism Studies at the University of South Australia in Adelaide, looks at changes in global journalism education in the past two decades.

“The rise of social media and the decline of legacy media have affected journalism education as much as journalism itself.  But while these have been most prominent in discussions about the purpose and role of journalism education, changing societal attitudes in areas such as gender and ethnic diversity have also had a major impact,” Richards said. “Together, these changes help explain why journalism educators have become increasingly international in their outlook, as they seek to understand and respond to them. In my view, the movement away from parochialism to a wider global view underlies many of the recent developments in journalism education, and for this reason is perhaps the most important change in global journalism education over the last couple of decades.”

He predicts greater collaboration among journalism educators and students around the world in the future.

“The reason is simple – pressure from educators and pressure from students. The former because they need to understand what is happening to journalism and journalism education, and work out the best ways to respond; the latter because we live in a globalized world, and students in most countries are far more global in their outlook than previous generations,” said Richards, who added that this collaboration is essential for educators to understand the field and respond in relevant and informed ways.

There are plans to publish the book in Spanish for consumption by a wider audience.

“Global Journalism Education in the 21st Century: Challenges and Innovations” can be downloaded for free on the Knight Center’s site. It is also available for purchase on Amazon.

Goodman and Steyn will discuss the book at the 8 a.m. research breakfast of the 18th International Symposium on Online Journalism (ISOJ) in Austin, TX on April 22. Both scholars will be available to talk about the book during the symposium.