Two years ago, journalist Albertine Piels set up her first website in an attempt to gauge interest in coding among other reporters and to build a following for her first hackathon. Within hours, hundreds of people had rushed to the site.

Shortly after, Piels and Nienke Huitenga created the company Hackastory to host hackathons, events that join journalists, designers and coders who work to find new ways of telling stories. The company started in the Netherlands, but has since organized hackathons in other parts of the world, including South Africa, Istanbul, Belgium and elsewhere.

Piels said the main drive behind Hackastory is to foster more communication between these groups in an effort to bring that sense of collaboration back to the newsroom as well. 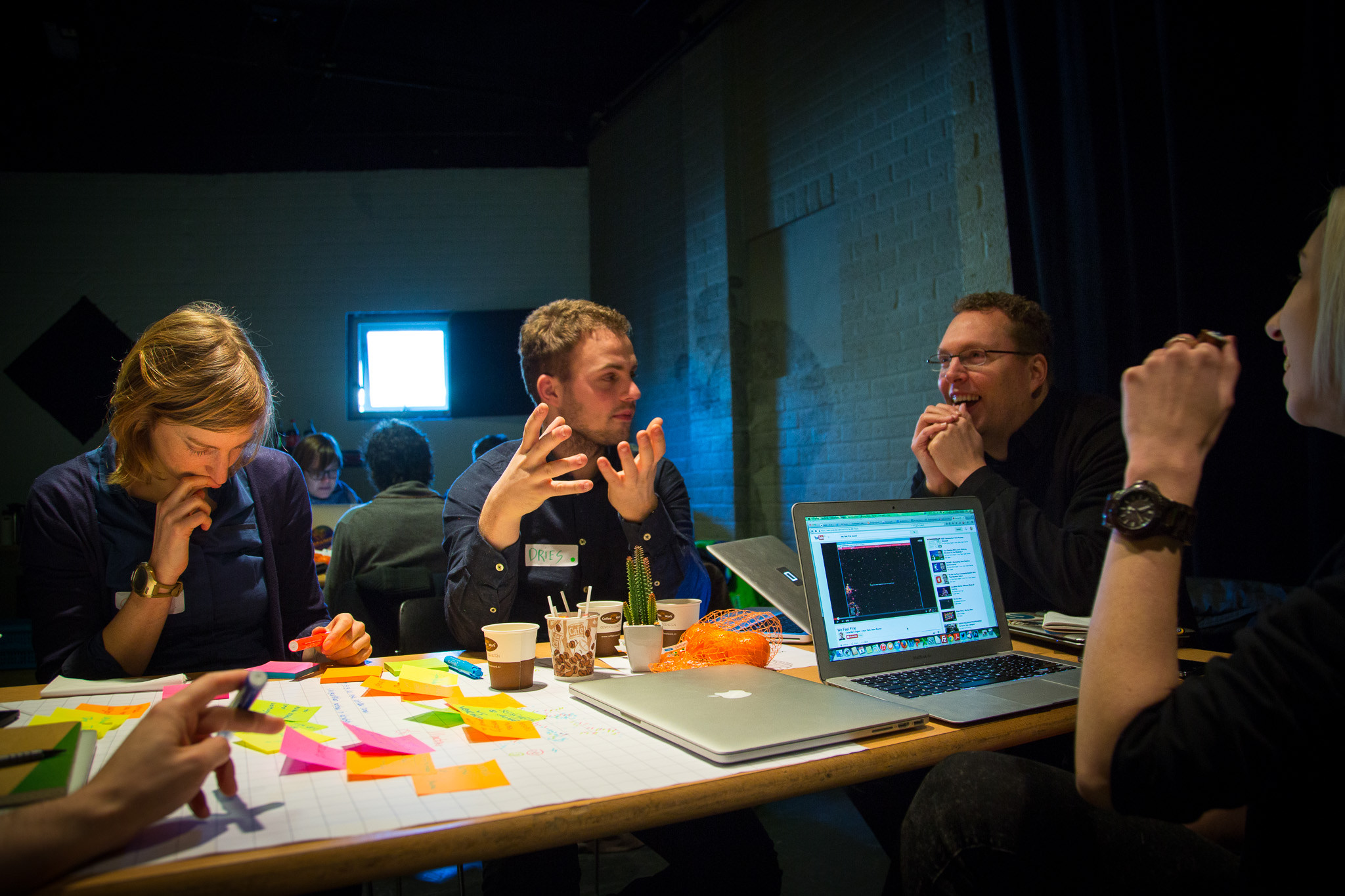 Participants work at a Hackastory event in Amsterdam. (Photo: Hackastory)

“The skills you need in this digital age are coding, designing and storytelling,” Piels said. “But you don’t need to have all three yourself. The most important thing is for coders, designers and storytellers to communicate, especially within the newsroom. Usually, they’re each stuck on little islands, with oceans between them, and it doesn’t allow them to communicate well.”

Piels will be hosting the event “International Hackathon: Creating tools for accountability journalism to improve trust with readers” on April 19 and 20 at the 2017 International Symposium on Online Journalism (ISOJ). Participants will have a day and a half to split up into teams and develop tools that tackle how to improve trust among readers media accountability. Apply now to reserve your spot.

“Trust is becoming such an urgent matter,” Piels said. “So what can we do to build trust with readers and news consumers? We can talk about it or we can start building something that gives readers more tools to check and verify information.”

Prior to Hackastory, Piels worked for 15 years a journalist at TV news service RTL Nieuws in the Netherlands. Piels said the constant pressure of deadlines left little room for any innovation within the field.

“There’s always another deadline around the corner,” Piels said. “There was hardly any time to create a space where I could think about where to go next inside of journalism.”

Following that realization, she decided to leave and create her own innovative space. Since then, Hackastory has hosted six hackathons in four different countries, resulting in 25 different projects.

In each community, the hackathon has shed a light on different areas within journalism that need to be improved. In Sudan, Piels said the journalists struggled with accessibility to news due to limited internet access. One group added a download button to their app so that readers could read and share the content later over Bluetooth even if they didn’t have reception.

“The hackathon is so global, that you get to see the challenges journalists are facing all over the world,” Piels said.

In another hackathon, one group developed a website called “Storyweb” as an alternative to long-form journalism where readers could decide which part of the story they wanted to read. 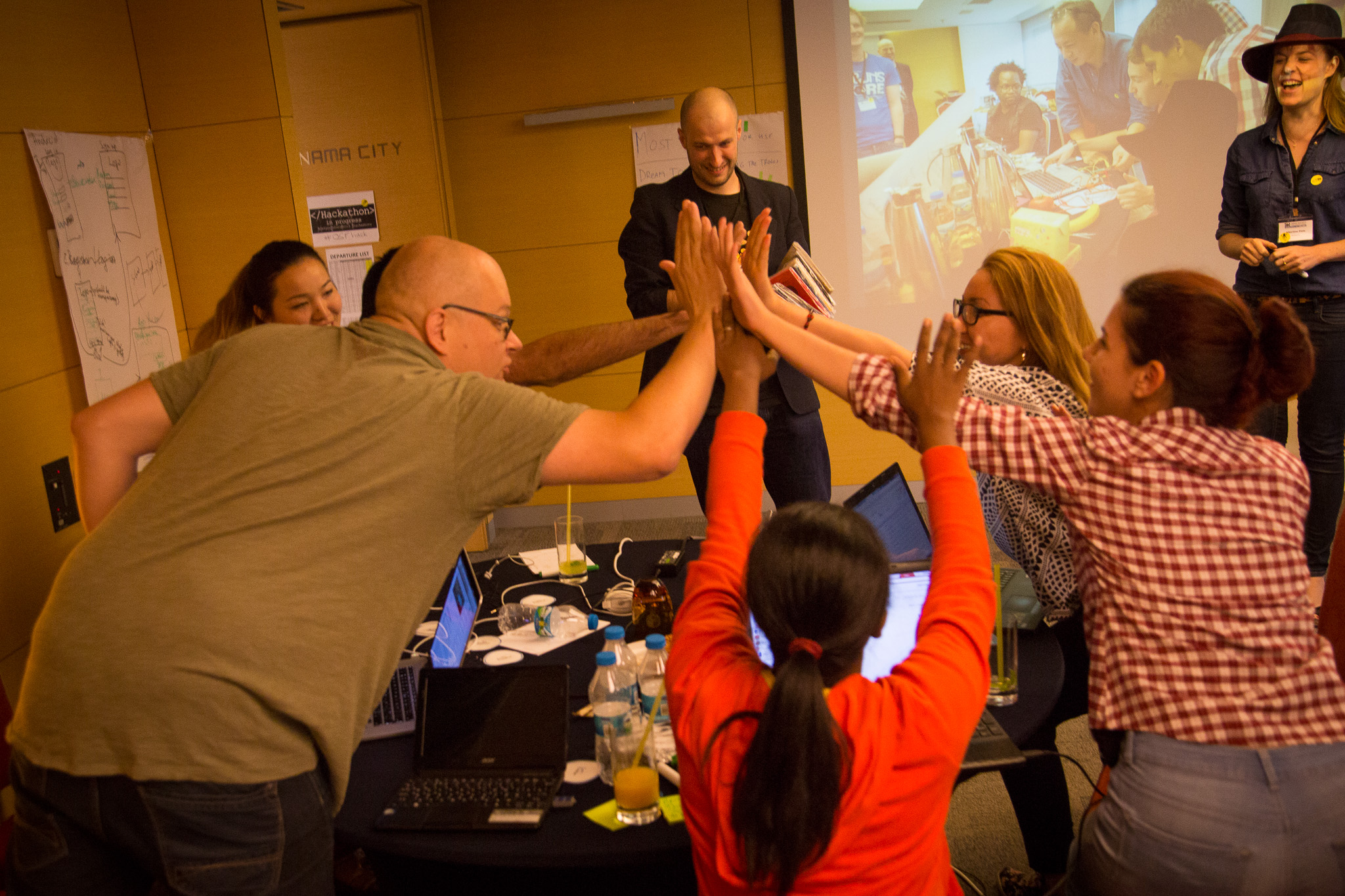 “It gave them a different way to tackle a big story,” Piels said. “Instead of going for a long read, they went the mobile route. When you’re waiting on a bus or sitting on a train, you could decide the part of the story you wanted to read instead of going through it linearly.”

With each iteration of the hackathon, Piels hopes to push journalists outside of their comfort zones. Having been intimidated by her first hackathon, she understands people’s reservations, but she said it’s important for journalists to learn new ways to tackle problems and develop ideas.

“It’s in our veins that we need to be critical,” Piels said. “But if you’re innovating, you need to let it go and find room for good and bad ideas to find the little pearls. If you don’t get out of that critical mind, you’ll kill 99 percent of the ideas before they blossom.”

As she prepares for Hackastory’s first trip to Austin, Piels said she looks forward to coders, designers and journalists coming together to stop talking and start building for the future.

“For a long time it was something that was mainly for coders and designers,” Piels said. “But it’s evolved now. We still have coders and designers, but we have journalists, too. It’s a process that’s for everybody, because the magic happens when all three of them come together. Those three groups need each other.”

Spots are limited for the April 19 International Hackathon before the official start of ISOJ, so register now!