ISOJ Keynote: Jim Bankoff, Vox Media CEO, to talk about how to build a media company in the digital era

Influential journalist Ezra Klein’s decision to leave the Washington Post — where he created the popular Wonkblog — and join online publisher Vox Media is the perfect example of the growing importance of the young yet incredibly successful company.

“We are just at the beginning of how journalism should be done on the web,” Klein, the 29-year-old writer told The New York Times last month. “We really wanted to build something from the ground up that helps people understand the news better. We are not just trying to scale Wonkblog, we want to improve the technology of news, and Vox has a vision of how to solve some of that.”

That vision is largely the brainchild of Vox Media’s CEO Jim Bankoff, but it’s not only about using technology to tell better stories – it’s about making quality journalism profitable.

Vox Media publishes the popular sites SB Nation, The Verge and Polygon, which cover sports, technology and videogames, respectively. Under Bankoff, an online publishing veteran, Vox Media has become one of the fastest-growing digital media companies in the United States.

Bankoff will be one of the keynote speakers at the 15th International Symposium for Online Journalism (ISOJ), which will take place on April 4-5, 2014 at the University of Texas at Austin. Click here to register.

Other keynote speakers will include Martin Baron, executive director of the Washington Post, and Jay Rosen, University of New York journalism professor and founder of the influential media blog PressThink. Other keynotes will be announced in the following weeks.

In his keynote speech, “Building a media company for the digital age: Lessons from the field,” Bankoff will talk in detail about Vox Media’s strategy to rebuild online journalism based on a few key principles: hiring strong writers, creating highly engaged audience communities and using smart, eye-catching design.

Last year, Bankoff was named one of Advertising Age’s Media Mavens for 2013. In the past, Bankoff held leadership positions at leading websites like AOL, Mapquest, Moviefone and Engadget. 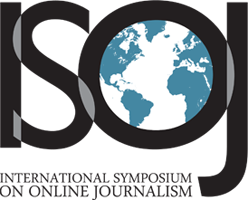 For the last 15 years, ISOJ has brought together the top journalists, media executives, researchers and academics in the field to discuss the latest trends, issues and innovations in online journalism. Last year, ISOJ attracted more than 350 participants from over 30 countries and focused on discussing the disruption of the news industry’s business models, social media and mobile strategies, multimedia storytelling, data visualization, and changes in web design architecture.

ISOJ will take place at the University of Texas’ Blanton Museum of Art, located at 200 E. Martin Luther King Jr. Blvd., in Austin, Texas. General registration this year will cost $100. Students and faculty will receive a special rate of $40.

This year’s ISOJ is supported by the Knight Foundation and The Dallas Morning News.