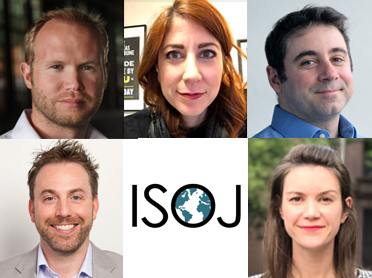 As research director for the Membership Puzzle Project, Goligoski and her team interviewed more than 200 supporters of independent news. The result was a “member manifesto” of “design principles” frustrated news consumers would like news outlets to embrace. The Membership Puzzle Project is a collaboration between the Studio 20 program spearheaded by Jay Rosen at New York University and De Correspondent, the Dutch journalism platform that has tackled the U.S. market.

In an article for Poynter last fall, Goligoski and her colleague Kate Myers argued that mixing up terms “subscriptions” and “membership” can confuse news consumers.

“What’s at stake,” the duo wrote, “is clarity and intentionality with the people our sites serve, as well as a mutual understanding of what is different about the relationships that membership-driven organizations have with their supporters (namely, the opportunity for members to contribute knowledge and participate in other ways).”

In an October interview with the Nieman Journalism Lab, Scroll CEO Haile suggested, “The internet had been this thing that was done to us, not built for us.” Flipping that dynamic, the former founding CEO of Chartbeat said one of Scroll’s goals is to support news publishers. “What does the internet that’s built for you look like, feel like, and so forth.”

Bringing some Texas flavor to the panel is Zamora from The Texas Tribune, the successful free online news site that continues to grow its revenue base while focusing on public policy journalism.

Zamora, a UT Austin graduate, had stints with the Austin American-Statesman, The Huffington Post Investigative Fund, The Washington Post and ProPublica before joining the Texas Tribune in 2016.

A former publisher of the Texas Tribune, Griggs has had a storied career so far. The former director of strategic planning for The New York Times was also a board member for the Institute for Nonprofit News and a 2014 Reynolds Journalism Institute fellow.

And Tuohey, editor of the Boston Globe’s website since its launch, is in charge of driving subscriber engagement at the regional publication. He was also part of the team that won the Globe’s 2014 Pulitzer Prize for breaking news coverage of the Boston Marathon bombings.

Registration for the 20th annual ISOJ is now closed, but we encourage you to follow online via a livestream available at isoj.org, and through our social media accounts using the hashtag #ISOJ2019.