This post has been edited to correct figures concerning revenue of digital media sites analyzed by SembraMedia. Additionally, some quotes have been edited to improve translation.

(*)For other coverage of the 10th Ibero American Colloquium for Digital Journalism, please see below.

Women are leaders at more than 60 percent of digital media sites in Latin America.

This was one of the main findings by SembraMedia presented during the 10th Ibero American Colloquium for Digital Journalism. Directors Janine Warner and Mijal Iastrebner elaborated on the situation of 100 digital media from Argentina, Brazil, Colombia and Mexico.

For its research, SembraMedia conducted interviews with representatives of these digital media over a period of five months concerning five areas of their operations: unique value, scope, impact, innovation, teams and financing.

The organization, which is dedicated to promoting the development of digital media in Latin America and Spain, and providing them with training and support, has in the past 18 months found more than 600 news or journalistic sites in the region that meet its criteria for inclusion in the directory. 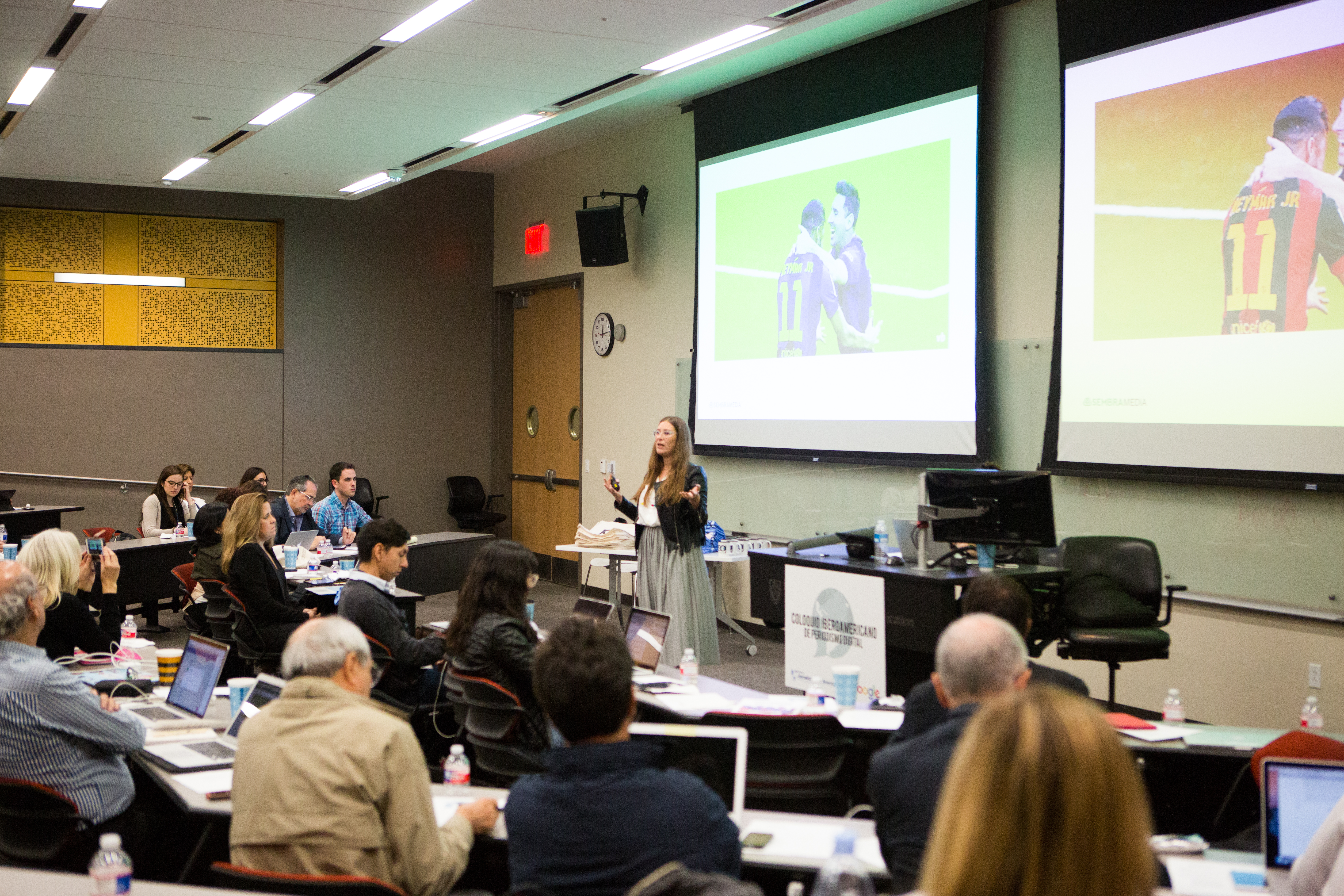 Of the 100 portals considered in its research, SembraMedia found that 62 were founded by at least one woman.

“It is a great indicator, it makes us happy to see that we are on the way to a certain equality,” Iastrebner said. “But this is just the first step. It does not mean that we can relax and rest on our laurels.”

The independent digital media in Latin America have not only grown in quantity, but also in the impact they have generated with their journalistic work. Of the projects that make up SembraMedia’s directory, several have been awarded prizes such as the Pulitzer or that of the Gabriel García Márquez Foundation for projects that have had a tangible impact in their communities.

“They’re covering lots of things, news, narcos. But they’re covering underserved communities, too. Gender issues indigenous groups, LGBTQ, things that other media traditionally have not covered,” Warner previously said in her presentation during the closing panel of ISOJ. “They’re breaking stories that other media in their country can’t break. And what we’re finding is that they’re doing original investigative work and they’re investing tremendous resources in it. And they’re doing stories that other media, because of government control or limitations or restrictions, can’t. But once they do, they’re getting picked up…by traditional media, and not only in their own countries.”

Despite the increasing success of the digital initiatives and the journalistic work they develop, they still have challenges to overcome in terms of financial sustainability and the fight against censorship.

SembraMedia reported that the average revenue of the sites analyzed was $200,000 per year, and the median revenue was $47,000. Ten sites reported no revenue at all. In addition, several of them have not diversified their sources of income.

Most revenue sources for the digital media outlets still come from banner ads (45%). This is followed by native advertising or branded content (36%); advertising with Google Adsense (28%); and training services (27%).

“It’s not enough to be sustainable forever, but they are starting to figure it out and they are starting to be smart about it,” Warner said. “Business training is something we are really focused on. We’re trying to help them develop business models and use our research to train them.”

Newsroom organization is also an issue that affects the productivity of digital media. While most media members work on the content and technology sides, only a few are in charge of the financial part, managing resources, and securing revenue sources.

Warner added that Sembramedia is looking for ways to develop shared resources and negotiate better deals so the digital media can save money and use the money they make more effectively.

The withdrawal of advertising by government institutions, and tax audits or lawsuits are some of the ways in which Latin American digital media are being attacked. In addition, 46 percent of the sites analyzed have suffered threats or violence due to their journalistic work, and 50 percent reported cyberattacks. 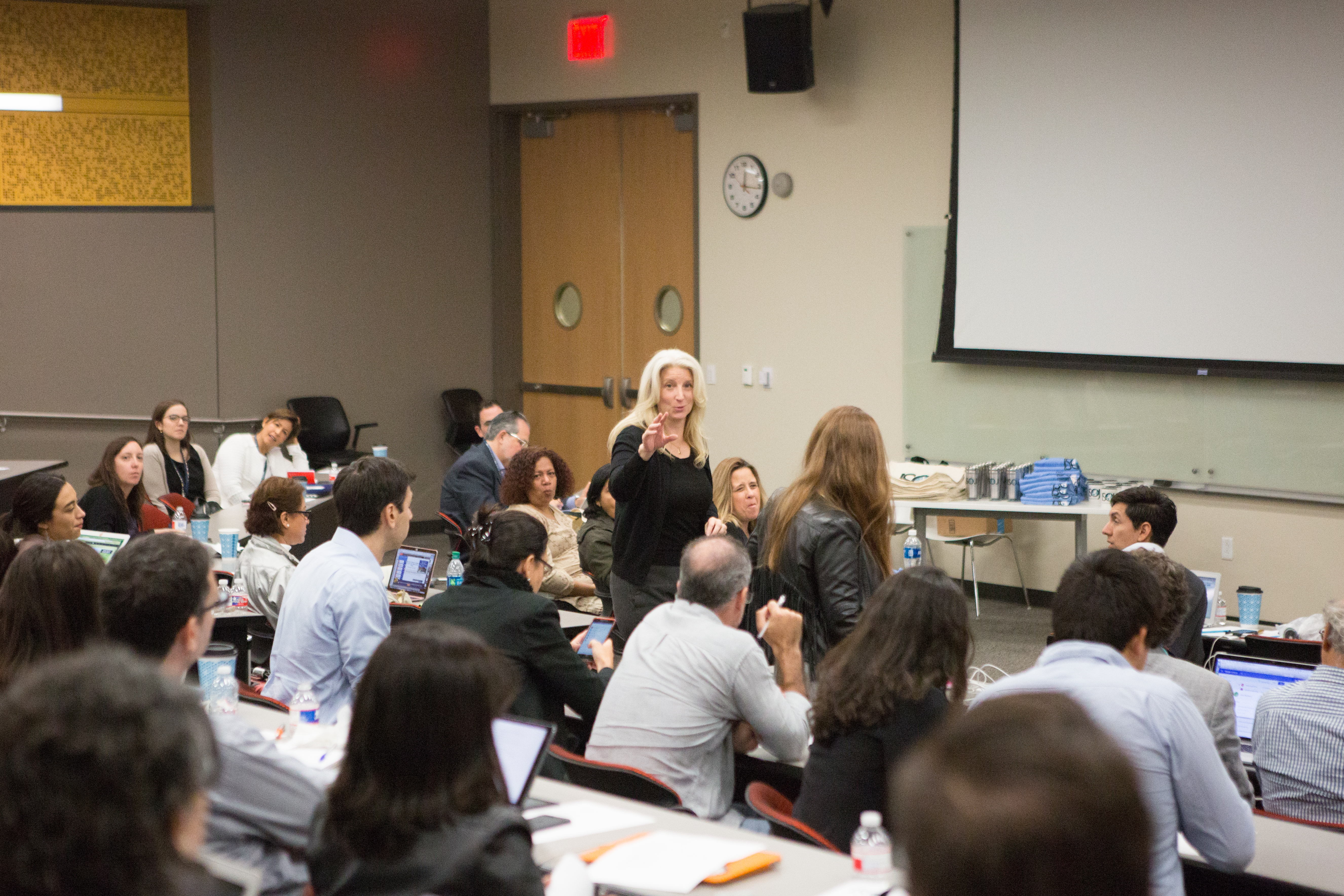 “They are being persecuted by the government and in some cases by drug trafficking,” Iastrebner said. “They are constantly under attack and it is not just physical attacks, but also cyber attacks, fiscal harassment, even smear campaigns.”

The collaboration, according to representatives of SembraMedia, is the key to take advantage of the strengthening that digital media in Latin America are experiencing. And in that process, traditional media can serve as allies in a working relationship for mutual benefit.

While traditional media can contribute audience reach and their security and growth strategies, digital media can offer journalistic work and research.

“The ecosystem of independent journalism start-ups in Latin America is totally in tune with what’s happening in traditional media,” Iastrebner said. “If we work together, if we collaborate, we can take advantage of this ecosystem, which has gotten stronger in the last few years…and we can learn together to find the future of journalism in our polarized societies.”