(Video of Cortés’s presentation at ISOJ2018 is below bio, along with article from ISOJ team) 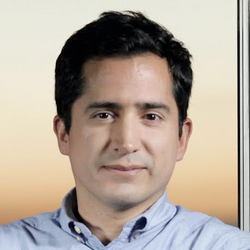 Twitter: @CarlosCortes
Carlos Cortés directs and presents the open-ed video blog La Mesa de Centro (LMC) at La Silla Vacía (Colombia). LMC combines commentary and satire to analyze political issues, criticize media coverage and explain policy problems in an accessible format. Avoiding outrage and indignation narratives, LMC is seeking to build a critical and political audience in Colombia in the midst of unstable and volatile social media narratives. Carlos is also an Internet policy and freedom of expression consultant. Currently, he is an external advisor to the Inter-American Commission on Human Rights of the Organization of American States, and a researcher on internet policy issues at the Center for Freedom of Expression of Palermo University, Argentina. He received his law degree from Los Andes University (Colombia) and completed his Master Studies in ‘Communications and Media Governance’ at the London School of Economics. Carlos was the Director of the Foundation for the Freedom of the Press (FLIP); has been a Media Law professor, and has worked as a journalist at Semana and La Silla Vacía in Colombia. Until February 2017, Carlos was Twitter’s Public Policy manager for Spanish-speaking Latin America.

Cortés was a presenter on the panel GLOBAL ROUNDUP: How news organizations are using satire online around the world at ISOJ 2018 on Saturday, April 14 @ 11:15 a.m.