(Video of Brown’s presentation at ISOJ2018 is below bio, along with article from ISOJ team) 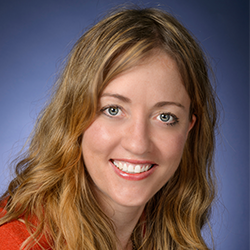 Twitter: @Brizzyc
Carrie Brown is the director of the social journalism Master’s program at the CUNY Graduate School of Journalism in New York City. Launched in 2015, this program prepares students to engage and serve communities with social media and other digital technologies. Her research and upcoming book centers on how news organizations can adapt to the changing media landscape. Carrie was previously an associate professor of journalism at the University of Memphis, where she also served as the director of the city-wide high school journalism program and founded a graduate certificate program in entrepreneurial journalism in partnership with a local accelerator.

She has also worked as a daily newspaper reporter and editor as well as serving as the traveling curriculum manager for the Committee of Concerned Journalists before receiving her Ph.D in journalism at the University of Missouri in 2008. She has a Master’s degree in communication from the Annenberg School at Penn and an undergraduate degree in journalism and conservation biology from the University of Wisconsin.

Brown was a presenter on the RESEARCH PANEL: Cultural change: Telling stories, shaping identity and normalizing precarity at ISOJ 2018 on Saturday, April 14 @ 4:00 p.m.