(Video of Uraiqat’s presentation at ISOJ2018 is below bio, along with article from ISOJ team) 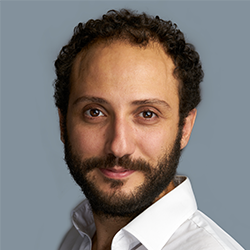 Twitter: @IsamUraiqat
Isam Uraiqat is the editor of the exiled pan-Arab political satire publication Alhudood. He co-founded the publication in 2013 as an alternative method to comment on the politics of the region in the post Arab-spring era. Isam has worked in various capacities in the media, working in animation for 7 years as an animation director and technical director. In the past few years he launched a writers’ studio as well as founded two startups in the tech and media field. Isam has also lectured in film production to graduate students at the Red Sea Institute of Cinematic Arts, and to undergraduates at the SAE media institute.

Uraiqat was a presenter on the panel GLOBAL ROUNDUP: How news organizations are using satire online around the world at ISOJ 2018 on Saturday, April 14 @ 11:15 a.m.